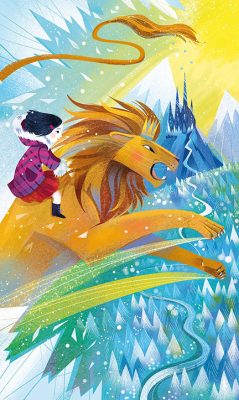 The Lion, The Witch and The Wardrobe

Leap through the wardrobe and into a winter wonderland in this dance-based adaptation of C.S. Lewis’s treasured novel from the Chronicles of Narnia. A remount of Imagination Stage’s Helen Hayes award-winning 2012 production, The Lion, the Witch, and the Wardrobe tells the story of four siblings who journey from war-torn England to a magical land frozen in eternal winter, where the powerful lion Aslan leads them on a journey to discover their destiny. Music, modern dance, and breathtaking puppetry tell a story of love, sacrifice, and redemption.