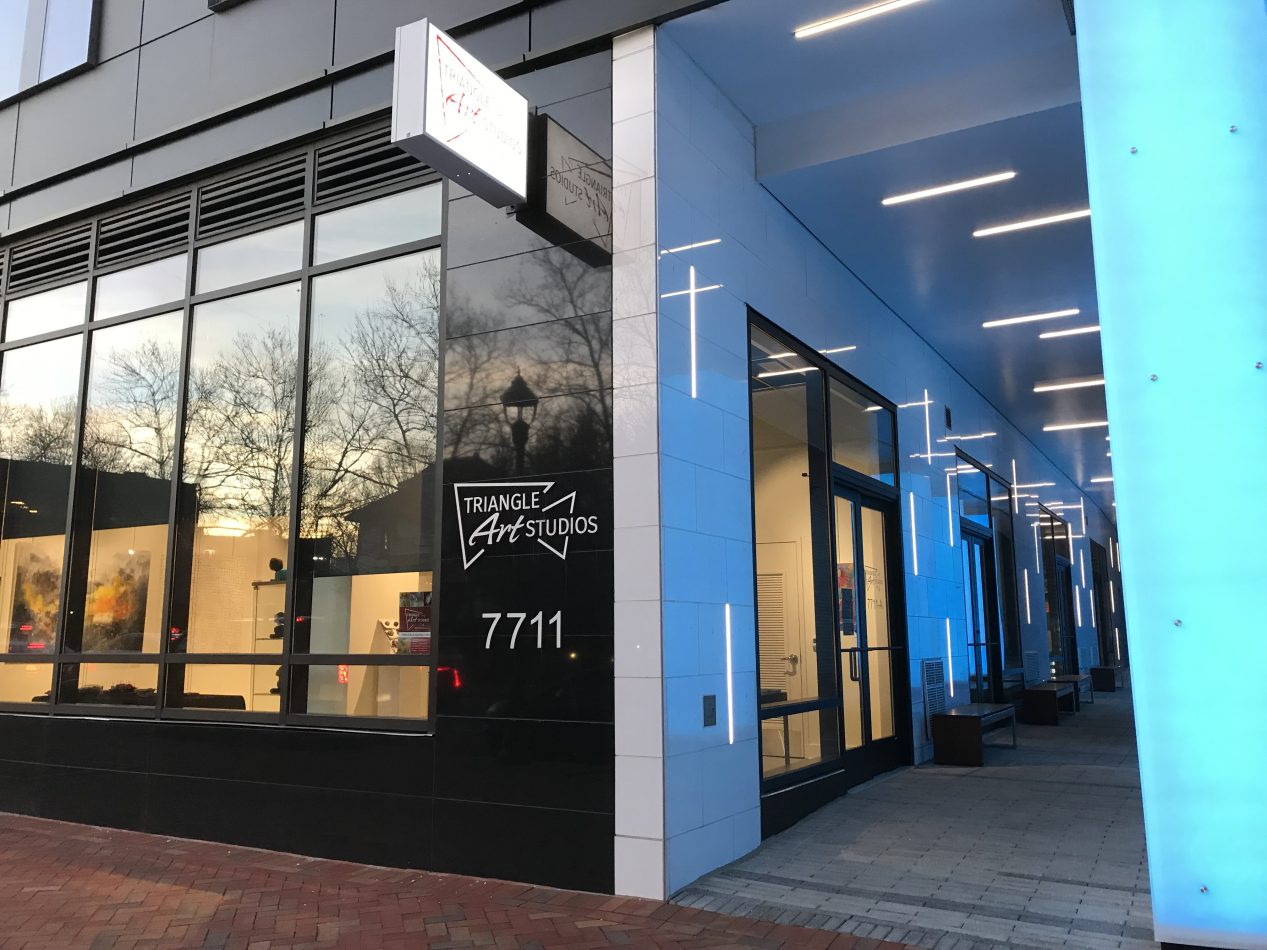 The art-focused celebration is a nod to the 100th anniversary of the passage of the 19th Amendment to the U.S. Constitution. Passed by congress in June 1919 and ratified in August 2020, the amendment granted women the right to vote. Activities during the open house include making statement sashes, registering to vote and contributing to a large mural that honors the movement and recognizes the current conversations surrounding voting rights. Participation in and work on the interactive mural will begin at 7pm.

In addition to activities, visitors can also visit each artist’s studio to view their current works-in-progress and watch demonstrations. Jill, Maruja, Barbara and Clare will donate 25% of their proceeds from sales during the reception to non-profit organizations that support women including Emerge Maryland, Empowered Women International, the League of Women Voters of Montgomery County and Emily’s List.

For more information about the artists and Triangle Art Studios, visit www.bethesda.org.

Established by Montgomery County in 1994, Bethesda Urban Partnership, Inc. (BUP) is a downtown management organization that markets and maintains downtown Bethesda. The BUP team works in marketing, maintenance, transportation and administration to produce cultural events and community festivals and attend to landscaping and maintenance needs. BUP also manages the Bethesda Arts & Entertainment District, Bethesda Transportation Solutions (BTS), and the Bethesda Circulator as well as the non-profit art spaces, Gallery B and Studio B.