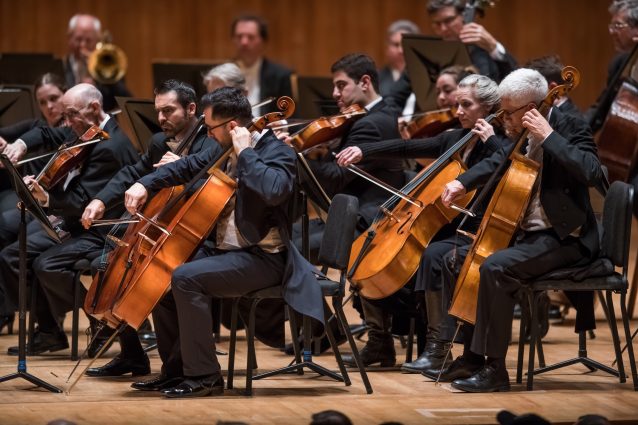 The Baltimore Symphony Orchestra performs both in Baltimore’s Joseph Meyerhoff Symphony Hall and at The Music Center at Strathmore.

BSO raises $7.25M in one month as symphony plots turnaround

Originally Published in Baltimore Business Journal on 01/14/2020 Written By: Amanda Yeager The Baltimore Symphony Orchestra has raised $6 million in the past month as the group works on a plan for its future. The BSO announced…

The Baltimore Symphony Orchestra has raised $6 million in the past month as the group works on a plan for its future.

The BSO announced the gifts Tuesday and said they will go toward operating costs. The symphony also said it has received a $1.25 million gift for its endowment.

The money represents a “significant investment” in the BSO’s future and could help the organization balance its budget for the first time in more than a decade, CEO Peter Kjome said.

“These investments made by community leaders will allow the BSO to meet its current cash needs and allow us to embark on our new plan and begin next season from a position of strength,” he said.

The announcement comes nearly four months after the symphony’s management and its musicians came together on the Joseph Meyerhoff Symphony Hall stage to announce a deal ending a summer-long dispute over salary, benefits and the length of the BSO’s season. As part of the agreement, the groups pledged to work together to address the orchestra’s substantial financial challenges.

The Vision Committee, a new standing committee of the BSO’s board that includes musicians, was established to assemble a plan for the future, and the orchestra hired arts consultant and former Kennedy Center President Michael Kaiser to weigh in on the process. Kjome said the group would likely be ready to share specific recommendations next month.

In a statement, BSO players union chair Brian Prechtl called news of the $6 million in gifts “a watershed moment that will galvanize all of the BSO stakeholders.”

“The musicians are incredibly excited for the bright future that lies before us,” he said. “We invite the many supporters who have surrounded us to join in this visionary work that will preserve the BSO for generations to come.”