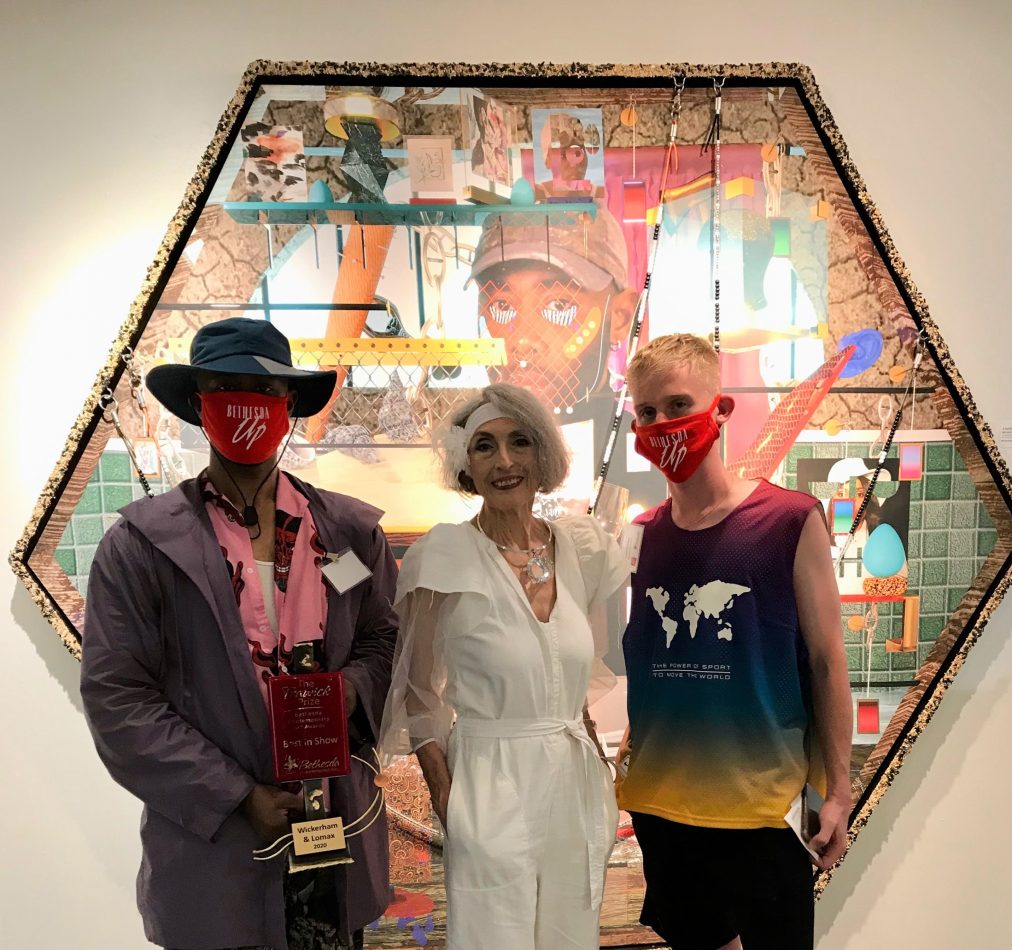 Daniel Wickerham and Malcolm Lomax have been working together since 2009, utilizing digital imagery, sculpture, CGI, video and the web to work across diverse media, curatorial platforms, and institutional contexts. Together as Wickerham & Lomax, they are focused on the impact of cultural practices and productions as formative structures placed on the individual and the collective. The aim of their practice is to take the marginal – peoples, phenomenon and pursuits – and prioritize them in the realm of art. The duo has shown their work extensively, including at George Mason University (Fairfax, VA), Reginald F. Lewis Museum (Baltimore, MD), Baltimore Museum of Art (Baltimore, MD), Terrault Contemporary (Baltimore, MD), Brown University (Providence, RI) and Dem Passwords (Los Angeles, CA). They’ve presented video works through various screening programs and fairs including The Drawing Center, NADA, Frieze, Hessel Museum of Art and the Maryland Film Festival. In 2017, they participated in The Light City residency based in Baltimore, and in 2015 they won the Janet and Walter Sondheim Prize. Both Wickerham and Lomax received their Bachelor of Fine Arts degrees from Maryland Institute College of Art.

The Trawick Prize: Bethesda Contemporary Art Awards, established by Carol Trawick in 2003, is one of the first regional competitions and largest prizes to annually honor visual artists. A longtime community activist in downtown Bethesda, Ms. Trawick has served as the Chair of the Bethesda Arts & Entertainment District, Bethesda Urban Partnership, Strathmore and the Maryland State Arts Council. The Jim and Carol Trawick Foundation was established in 2007 after the Trawicks sold their successful information technology company. A former teacher and entrepreneur, Ms. Trawick remains engaged in a range of philanthropic causes through the Foundation, which was established to assist health and human services and arts non-profits in Montgomery County

The work of the finalists will be on exhibit at Gallery B, 7700 Wisconsin Avenue, Suite E, until September 26. Gallery hours for the duration of the exhibit will be Friday-Saturday, 12 – 4pm. During operational hours, social distancing will be enforced and face masks must be worn by all visitors.