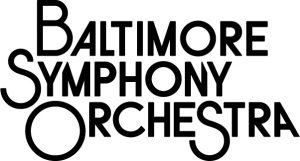 The Baltimore Symphony Orchestra (BSO) is internationally recognized as one of the world’s preeminent orchestras. Acclaimed for a history of artistic excellence, the BSO has attracted a devoted national and international following while maintaining deep bonds throughout Maryland through innovative education and community outreach initiatives. The BSO made music history in 2007, when Marin Alsop was named the Orchestra’s 12th Music Director, becoming the first woman to head a major American orchestra. With her highly regarded artistic vision, her dynamic musicianship and her commitment to accessibility in classical music, Maestra Alsop’s directorship has ushered in a new era for the BSO and its audiences.

The BSO is a multiple Grammy Award winner and has topped Billboard’s classical music chart. Located in Baltimore City’s historic Arts District, the BSO’s primary home is the Joseph Meyerhoff Symphony Hall, a 2,443 seat facility that opened in 1982.  Since 2005, the BSO has also performed a regular series of concerts at its second home, the Music Center at Strathmore, a 1,976 seat facility in Montgomery County, a suburb of Washington, D.C. During its history the BSO has played multiple engagements at Carnegie Hall and has toured in Europe and Asia.  The BSO regularly performs over 180 concerts a year.