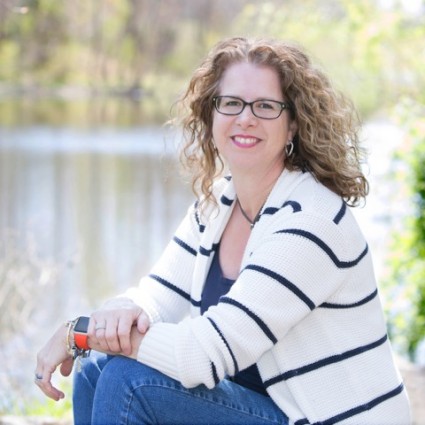 On her way to becoming a household name, Gaithersburg writer Orly Konig continues to make a name for herself championing writers of female fiction nationwide as the founding president of the Women’s Fiction Writers…

On her way to becoming a household name, Gaithersburg writer Orly Konig continues to make a name for herself championing writers of female fiction nationwide as the founding president of the Women’s Fiction Writers Association, now in its third year.

Konig’s 2014 first-place award in the SouthWest Writers Annual Writing Competition tops a long string of literary honors. Each is an accolade, but also a stepping stone to the much-anticipated publication of her first novel, “The Memory of Hoofbeats,” (Forge Publishing, 2017). “A 32-year-old workaholic must come to terms with the secrets that splintered her childhood and let go of the betrayal that’s shaped her as an adult by facing the people and horses she loved and failed,” reads the teaser copy.

CultureSpotMC speaks with Konig one-on-one about the writing life and where, in her life as a mother and wife, she looks for and finds just the right words.

When did you get into writing and reading?

I’ve always loved reading, but I’m a late-blooming writer. Fiction, at least. I spent almost twenty years writing marketing copy and magazine articles but fiction was something I just didn’t have the feel for. Then six years ago I started to get itchy for a creative outlet. My husband lovingly suggested that I drop the crazy idea of going back for my Ph.D. and give creative writing a shot. I did and haven’t looked back since.

Were you inspired by anyone in particular?

I’m always in awe of people who can rattle off great authors/artists who inspired them. Sadly, I’m not one of them. There are a lot of authors who I admire and read when I need an extra boost of creative inspiration.

Is it a painful road to getting published?

My debut is scheduled for release summer of 2017 from Forge. The manuscript that’s become my debut is actually the third book I queried (fourth one written–the first was my “learner” book). It’s been a long process, especially for someone who suffers from a severe case of “no patience,” but it’s also been an amazing process.

Is it hard to get published? Yes and no. Yes, because the market is very competitive. Literary agents are taking on fewer clients and traditional publishers are buying fewer books. No, because there are so many options for publishing these days. In addition to the traditional New York publishers, there are quite a few small publishers, as well as self-publishing options.

For me, there was no question about my path to publication. I had my heart set on being traditionally published. I knew I was getting close by the feedback I was getting from agents — those awesome rejection letters that praise the writing then include a big ol’ “BUT…” It was a matter of finding the right balance between the story concept, the quality of writing, and timing. If I kept at it, didn’t give up, trusted myself, it would happen.

How did you get involved in the Women’s Fiction Writers Association?

The Women’s Fiction Writers Association came to be when a handful of writers decided we needed a writer’s organization that focused on our genre. We were part of a specialty chapter under a large organization whose mission was in support of a different genre. When that association decided they needed to realign their specialty chapters back under their main mission, those of us writing women’s fiction were left without a “home.” We didn’t want to be just a Yahoo group chatting about writing, we wanted to offer workshops and other resources.

It took nine months to birth the nonprofit association. The day we “opened” for paid memberships, all five founding members were chewing their nails hoping we’d have a few people sign up. By the end of the first day, we had 100 members. By the end of the first month, we were at 200. We celebrated our one-year anniversary with almost 400. And now, almost three years later, we’re over 800 members strong.

I was the founding president. The joke among the founding members is that I didn’t step back fast enough when the time came to decide who would lead. I still claim they pushed me. WFWA is an entirely volunteer run association and those first three years were very time consuming. That said, it was an amazing experience and one I wouldn’t trade for anything. I learned a lot about myself – I took on something I had no idea I was capable of doing – and I made amazing friends.

Is it true that most writers draw from their own personal experiences?

I don’t know about all genres – not sure I want to know where horror or dystopian authors get their inspiration : ) – but I think most women’s fiction authors do pull from their own personal experiences in one way or another.

A lot of what I write comes from personal space. That doesn’t mean that my characters ARE me or that characters in my books are real people I know. Writing is a way for me to sort through my thoughts and feelings. I may have a character deal with similar feelings to a situation I’m struggling with in my personal life although the scenario will be completely different. Or I’ll have a character take a job or hobby for something I’ve always been fascinated with.

Do you have a favorite time and place to write? Computer? Longhand? Typewriter?

I’m a solitary writer. I need my quiet space. My work hours are when my son is at school. I’ve tried writing in coffee shops or at the climbing gym while my son is at team practice. It doesn’t work for me. I have a tendency to mimic moves my characters are making and I’ll stare into space trying to sort through an idea. People tend to be offended if they think you’re staring at them and get nervous when you’re making weird gestures to invisible people.

That said, I’m always “writing” in one way or another. The characters and story plots are in my head regardless of what I’m doing or where I am. I’ve solved plot holes while at the grocery or driving. The shower and treadmill seem to be particularly “thought loosening” places.

I envy authors who can freehand their first drafts. As much as I’d love to be able to do that, the ideas refuse to come when I’m pushing pen to paper. My first drafts are messy and fast but they have to be typed on the computer. But revisions are always longhand. I print each draft, read and revise then type the changes in. Rinse, repeat.