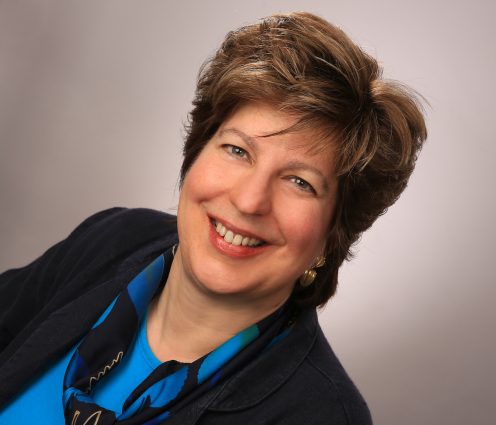 In the beginning, Jennifer Manion was skeptical about the promise of riches from a mysterious stranger. A woman in Germany had written a book—and was offering unclaimed reward money to Manion’s parents. [caption id="attachment_28630" align="alignright"…

In the beginning, Jennifer Manion was skeptical about the promise of riches from a mysterious stranger. A woman in Germany had written a book—and was offering unclaimed reward money to Manion’s parents.

“Originally our mother got a letter from the author,” said Manion, who lives in the Lakelands section of Gaithersburg. “We were saying, ‘No, it’s some kind of a scam.’”

Manion and her sister, Patti Beisner, thought that the idea that their great-great-great grandfather had solved a murder mystery back in the 19th century—and that a mayor in Germany wanted to bestow the never-paid reward to his descendants—was “too good to be true. We kept telling her to let it go.”

But the author, Ann Marie Ackermann, persisted. After their mother, Barbara Schaefer, passed away, the sisters got another letter, along with Ackermann’s book, “Death of an Assassin: The True Story of the German Murderer Who Died Defending Robert E. Lee.” They decided to look into the story, to see if it was real.

The book “definitely piqued our curiosity,” said Beisner. “It made me curious about the family tree, more than I was prior to this.”

And so, the sisters will be at the Gaithersburg Book Festival, along with two cousins who are also descendants of the mystery-solving German immigrant named Frederick Rupp. They’ll meet Kornelius Bamberger, the current mayor of Bönnigheim, Germany, who will —along with Gaithersburg Mayor and Book Festival founder Jud Ashman as well as author Ackermann—present the four German-Americans with a reward of 1,000 Euros.

It’s the perfect ending to a detective story that began with an unlikely detective. Before she was a historic true crime author, Ackermann was an American lawyer, researching and working on criminal and medical cases. She grew up in Indiana, attended Indiana University and University of Washington Law School, and followed her heart when she met and married a German doctoral candidate and moved with him to Bönnigheim more than 20 years ago.

“It wasn’t that much of a culture shock for me,” said Ackermann, whose father had emigrated to the U.S. after the war. “I already had relatives out here; I already knew the language.

“I would first describe it as an adventure.”

Living in another culture, she said, “Is like holding up a mirror to your own.” It helped her understand her own country and culture better. But still, Ackermann was interested in getting to know her new surroundings, so she decided to join Bönnigheim’s historical society.

“I’ve been a birdwatcher my entire life,” she said. “I offered to the local historical society that I could write an article for their yearly journal on the history of the city’s birds. I could go into historical documents and see what kind of birds were living here a century ago, two centuries ago.”

To her surprise, the head of the historical society offered her an unpublished diary. “It was a transcript from a forester,” she recalled, “and he said, ‘I’m sure the forester mentioned birds.’”

And he had—but he mentioned quite a bit more than just birds. As Ackerman read through every page she discovered something unexpected: a cold case murder, unsolved for 37 years, that had been solved by a tip from an expatriate Bönnigheimer. The revelation immediately resonated with the birdwatching lawyer.

“I’m interested in a lot of things,” she said. “For people who are interested in a lot of things, being a lawyer is a great idea because in every case, you have to become an expert in the subject matter.” Professionally, Ackermann had been a “quackbuster,” working on medical malpractice cases and helping revoke and restrict the licenses of bad doctors.

And that day in Germany, with the forester’s diary in her hands, she realized something. “My training and experience guided me in researching and analyzing the case.”

Because the case was complicated. Someone had murdered the mayor of Bönnigheim in 1835, fled to the United States, remaining unknown until a tipster in the US —that would be Frederick Rupp—named him and closed the case decades later. It was an unusual situation. Even more unusual, the forester’s diary outlined some experiments in forensic science that wouldn’t be documented for another 50 years. (Ackermann has been able to establish Bönnigheim as the birthplace of forensic ballistics.)

When it started, Ackermann said, “I thought it was just a local story. But the more I dug into it, the bigger it got.”

How big? Well, during the time he was at large in the United States, the Bönnigheim assassin managed to die a hero’s death at the feet of Robert E. Lee, who lauded his bravery in a letter sent from the Mexican American War. Ackermann followed the characters in her forester’s diary across the Atlantic on their immigrants’ journey and into American history. She quickly got a book contract with Kent State University Press and wrote “Death of an Assassin,” her true crime debut. More than a “whodunit,” the book is a meticulously researched and footnoted historical look at German and American history, all wrapped up in a fascinating true crime investigation.

“The hard part was convincing (Frederick Rupp’s) descendants that it was real,” said Ackermann, who engaged a retired Washington, D.C. archivist and researched a detailed family tree so the current mayor of Bönnigheim could restore Rupp’s reward money to his descendants. “While the town isn’t legally obligated, he thought it would be the moral and diplomatic thing to do, and he wanted to pursue it,” she explained. But when they reached out to tell the family “your ancestor solved the assassination of our mayor in the 19th century and never got paid the reward—we want to do it now,” she recalled, “the first person we talked to hung up on us!”

Ackermann totally understood: “Think how that sounds!” she laughed. Once the book came out, however, the whole idea was an easier sell. Ackermann said that, coincidentally enough, her own mother had a history in Montgomery County, working at NOAA and living, yes, in Gaithersburg. She’s excited about the Gaithersburg Book Festival, knowing the buzz will be bigger than usual for a historical true crime book.

“I think the big story here is the reward,” she admitted. “That’s what the people in Gaithersburg are most interested in.”

“I’m definitely more curious than I was before,” said Manion. “We lost our mother a year and a half ago, and it’s bittersweet now. I wish it had come to fruition while she was still here.”

The 2018 Gaithersburg Book Festival will be held Saturday, May 19, 10 a.m. to 6 p.m., on the grounds of Gaithersburg City Hall, 31 Summit Ave., Gaithersburg. Admission is free, and an accessible shuttle will be available from Shady Grove Metro and Lakeforest Mall. For information, visit www.gaithersburgbookfestival.org or follow on Twitter @GburgBookFest.