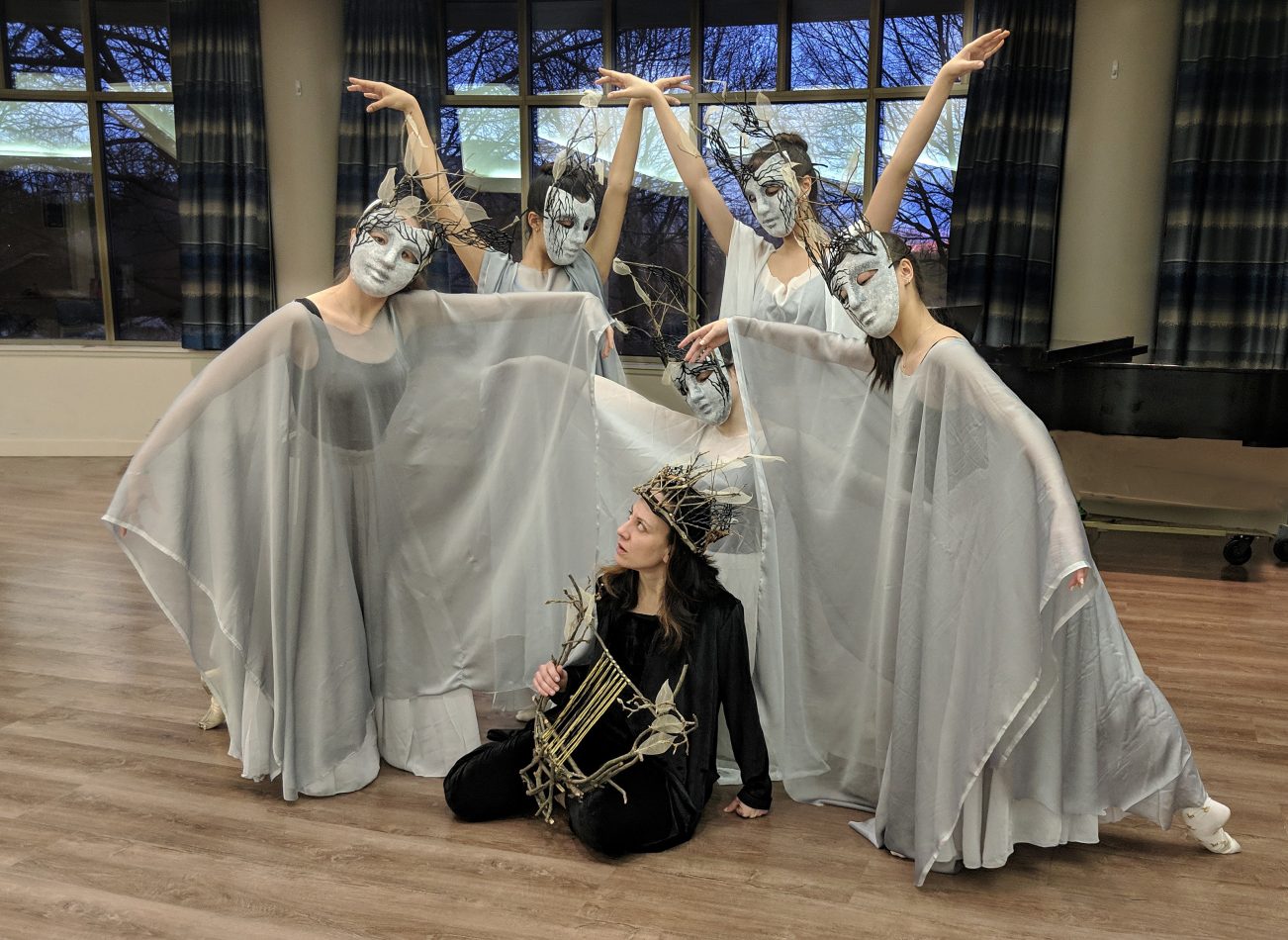 The familiar and beloved story of Orpheus and Eurydice dates back to ancient times. There are many versions, but all center on the love of Orpheus, son of Apollo, for Eurydice. The two marry and…

The familiar and beloved story of Orpheus and Eurydice dates back to ancient times. There are many versions, but all center on the love of Orpheus, son of Apollo, for Eurydice. The two marry and live happily until Eurydice dies suddenly.

Orpheus follows his beloved to the underworld, where its god tells him he can take Eurydice back to the land of the living on one condition: that he doesn’t look at her until they reach the light. Either because he cannot hear her footsteps or believes he is being tricked, Orpheus turns around and loses Eurydice forever.

The legend has inspired many artistic works, including poetry, film, drama, ballet and opera. Among the latter is “Orfeo ed Euridice,” a 1792 opera by Christoph Willibald Gluck with a libretto by Raniei de’ Calzabigi. This Baroque-style opera, one of Gluck’s most popular, is the next production of the Bel Cantanti Opera Company. It is fully staged and costumed, performed in Italian with English supertitles.

In Gluck’s telling, the story has a happy ending: Orfeo journeys to the underworld twice and finally emerges with Euridice alive. Most opera companies — including Bel Cantanti – do not perform the work as Gluck conceived it, but instead as a poignant expression of love and loss, said Katerina Souvorova, Bel Cantanti’s artistic director. “Rather, Orfeo accepts her death and learns to live with it. Amour tells him that life goes on.”

This alternative ending is more painful, since “Orfeo has to experience his beloved dying twice, said Souvorova, but it seems more realistic and truer to the original story.

With its roots in Greek mythology, the theme of the story and opera affects people in every time and place. “When a loved one dies, the pain is both very personal and universal. As you get older, you start thinking more about death and grief, about loss, the acceptance in losing someone,” Souvorova said. “We go through the stages of grief, from denial to anger through acceptance and argue with fate. Orfeo starts to bargain with the Furies. All of that can be felt in the music.”

“Orfeo ed Euridice” has only three solo parts — Orfeo, portrayed by mezzo-soprano Francesca Aguado; Chelsea Lehnea as Euridice and Robin Steitz as Amour (Love). Both Lehnea and Steitz are sopranos. In the opera’s Viennese premiere, Orfreo was portrayed by an alto castrato. Later, it became more common for mezzos, counter tenors and even tenors have performed it.

While it is unusual for there to be so few principals in an opera, said Souvorova, “this is not a standard opera since it is one person’s soul and journey of grief.” In addition to the soloists, Gluck included a chorus. There, too, Bel Cantanti has gone its own way” instead of a flesh-and-blood chorus, the company pre-recorded the voices of some of its “fine alumni,” said Souvorova. They will vocalize the opera’s other characters.
A ballet has been part of many operatic works for centuries — and this opera is no exception. What started as a brief ballet when “Orfeo ed Euridice” premiered became the four-movement “Dance of the Blessed Spirit.”

Bel Cantanti’s dance sequences are a little different from conventional abstract ballets. The dancers are not ballet dancers set apart from the action, explained Ksenya Litvak, Bel Cantanti’s set and costume designer. The leotard- and skirt-clad dancers will be furies, mourning statues and lost souls of the underworld; the furies and mourning statues will have huge wings — stretching nine- to 10-feet wide — made of dried branches and leaves.

What may be most distinctive about the production is its use of shadow theater, a play presented by casting shadows of puppets or actors on a lighted screen. “We will use a stretched screen for shadow theater and for projections,” said Litvak. “The actors will move behind the screen, which will look like a piece of broken glass.”

The decision to use screens has dictated where the production of “Orfeo ed Euridice” will take place. The Black Box Theatre in Silver Spring, which can accommodate the size of the screens, was chosen rather than Randolph Street Theatre, the opera company’s usual venue.
Litvak used muted colors for the sets and costumes. Most characters will wear gray-scale tones, except for Amour, who will be decked with sparks of gold.

Bel Cantanti’s intent was not to set the production in any specific time and place so as to underscore its universality. “I’ve seen productions where Orfeo and Euridice are hippies or rock music stars,” Litvak said. “We’re not doing anything like that. We’re not doing it in period dress, but not in modern dress either. It can be anytime, anywhere.”

Playing with time and space is consistent, in a sense, with the opera itself. “After all, it’s a Baroque opera set in Greece,” said Litvak.