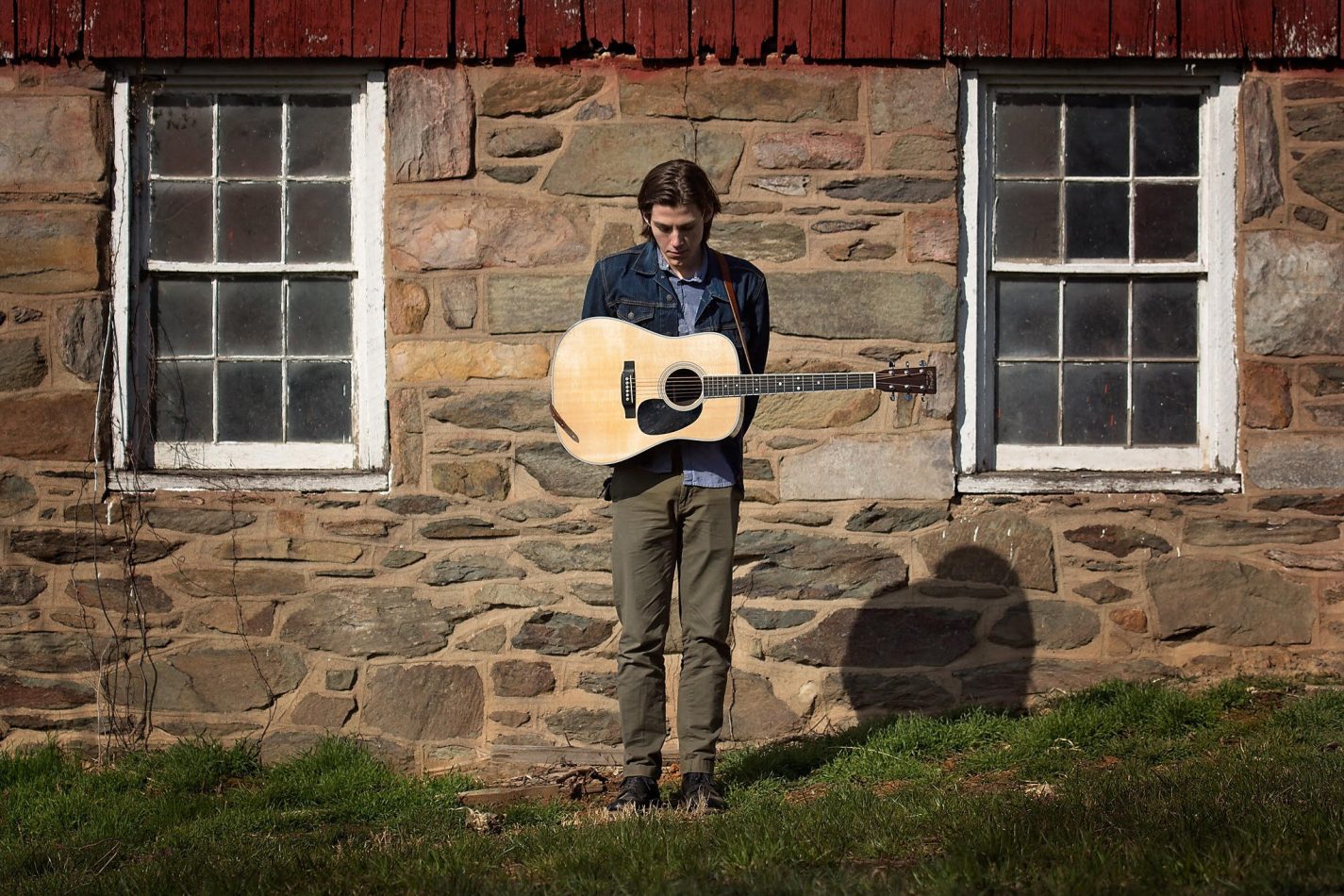 Courtesy of the artist

Teddy Chipouras, a student at James Madison University in Virginia, won Gold in the Young Artist category of the Mid Atlantic Song Contest.

For 35 years, the Songwriters Association of Washington (SAW) has been presenting the annual Mid-Atlantic Song Contest — but please, don’t call it a competition. “It’s weird submitting your songs to the contest,” said Teddy…

For 35 years, the Songwriters Association of Washington (SAW) has been presenting the annual Mid-Atlantic Song Contest — but please, don’t call it a competition.

“It’s weird submitting your songs to the contest,” said Teddy Chipouras, this year’s Young Artist Category winner. “I’m not trying to compete with other musicians. It seems counterproductive, in a way, but in a way, it’s really cool.”

Even cooler is the opportunity for Chipouras to perform, along with a handful of fellow featured winners, in a Singer Songwriter Showcase concert on Saturday night at the Arts Barn in Gaithersburg. The culmination of SAW’s Singer Songwriter Series, the concert is a celebration of some of the metropolitan area’s best emerging artists; an opportunity for music lovers to hear what’s new in a cross-section of singer-songwriter genres from instrumental to alt rock to hip hop.

Chipouras, 21, with his youthful Americana folk sound, is probably one of the more traditional of this year’s winners. “I started writing songs probably sophomore year in high school,” he said. “I had started playing guitar when I was 10 or 11, but I was never really serious about it.”

Like many youngsters, Chipouras “wasn’t really into” the piano lessons his parents signed him up for when he was very young; he was interested in their music: “The Beatles, The Band, stuff like that. I probably just wanted to be a rock star,” he added, chuckling. “That’s why I wanted the guitar.”

He took a few lessons, but mostly taught himself, playing in bands in high school before heading to James Madison University, where he is studying music, media arts and design. “Writing for me, initially, was just an expression of what I was passionate about,” he said. “Then over the years, it turned into everything it is for other writers: therapy, in a way.”

It even turned into an adventure most songwriters never experience: in 2017, Chipouras was on NBC’s music competition show, “The Voice.” “I was invited, initially, by a friend,” he said. A producer got him to an open call in Philadelphia, then it was out to Los Angeles for a month. “I just ran with it,” he said. And while he made it through the rounds and onto the show, his blind audition didn’t go so well. “None of the judges turned around for my song,” he said, “but it was a really cool experience.”

Not quite as cool winning his category in the Mid-Atlantic Song Contest: Chipouras’ mom noticed the competition online and convinced him to make a submission. “I didn’t think anything of it,” he said. “But it’s great to be recognized for songwriting, especially in the D.C. area. It’s so collaborative; I got to meet so many artists.”

Like Hungry on Monday, the five-man, D.C.-based alt-rock band that brings together funk, jazz and hip-hop elements, and Yasmin Williams, the 22-year-old instrumentalist from Woodbridge, Virginia who plays the guitar using surprising embellishments for a unique and unforgettable sound. And Mike Ryan, a self-taught fifty-something Oklahoma native, who came back to the guitar after a long career in the military.

“Originally I wanted to be a doctor,” Ryan said, “but I realized I didn’t have the math background for it, so I have a bachelor’s degree in history from the University of Central Oklahoma.

“When I graduated from college, I went into the army and I pretty much put music aside,” added Ryan, who served in the infantry and special ops before retiring in Falls Church, Virginia, where he landed after 25 years in the Army. “My mom had been a singer in high school, but nobody in the family is really ‘musical.’ Like most young men, I wanted to meet young women.”

To that end, as a teenager, he played in a lot of bands, always as a lead guitar player, occasionally singing backup vocals, but never really as a singer. That changed when he retired and became interested in a different genre from the rock and roll he grew up with. “I started writing my own songs,” Ryan said. “That singer-songwriter genre: I always listened to it, always enjoyed it, but it was never my primary focus. One of the things that led me into this genre was that I stumbled onto a bunch of songwriters, primarily from Austin, Texas.”

He reckoned he was homesick, missing Oklahoma after living all over the world — and he found that SAW was the perfect place to showcase his newfound western-style sound. “Once I started looking for places to play and opportunities to play my own stuff — which is what all singer-songwriters want to do — the Songwriters Association of Washington was great,” he said. “It’s a big organization, and they sponsor open mics and showcases, plus the Mid Atlantic Song Contest, which is a big deal.”

And although, like Chopouras, Ryan sees himself more as a collaborative musician than a competitive one, he said, “I’m a big believer in songwriting contests because I think it keeps you sharp; they’re a great vehicle for improving yourself, and many of them have a performing element. I’ve had some really cool opportunities, great networking and making friends through the song contest circuit, and Mid-Atlantic is a big one.”

Mid-Atlantic Song Contest finalist Susan Rowe’s mom was a dance teacher, and she grew up with music — Joni Mitchell, Jackson Browne, Bob Dylan: “All those people who influenced people like me,” she laughed. She and her brother sang in church together: “He played guitar, and I’d sing songs by Peter, Paul and Mary, and Simon and Garfunkel. Then I got a guitar for Christmas.”

When she was growing up, Rowe worked in music ministry, and that spiritual connection remained even as she moved on to the more secular world of open mics and song contests.

As a songwriter, she said, “I try to be honest.

“In conjunction with that, I try to connect with people, and use universal themes — and spirituality, whether in a religious context or nor, is certainly universal.”

Her take on SAW’s Mid-Atlantic Song Contest? “It’s friends helping friends,” said Rowe. “It not only promotes music within the community, it promotes friendship between the musicians.

“The showcase will be very eclectic, you’ll have everything from rock to folk to instrumental. There’s a little something for everyone.”