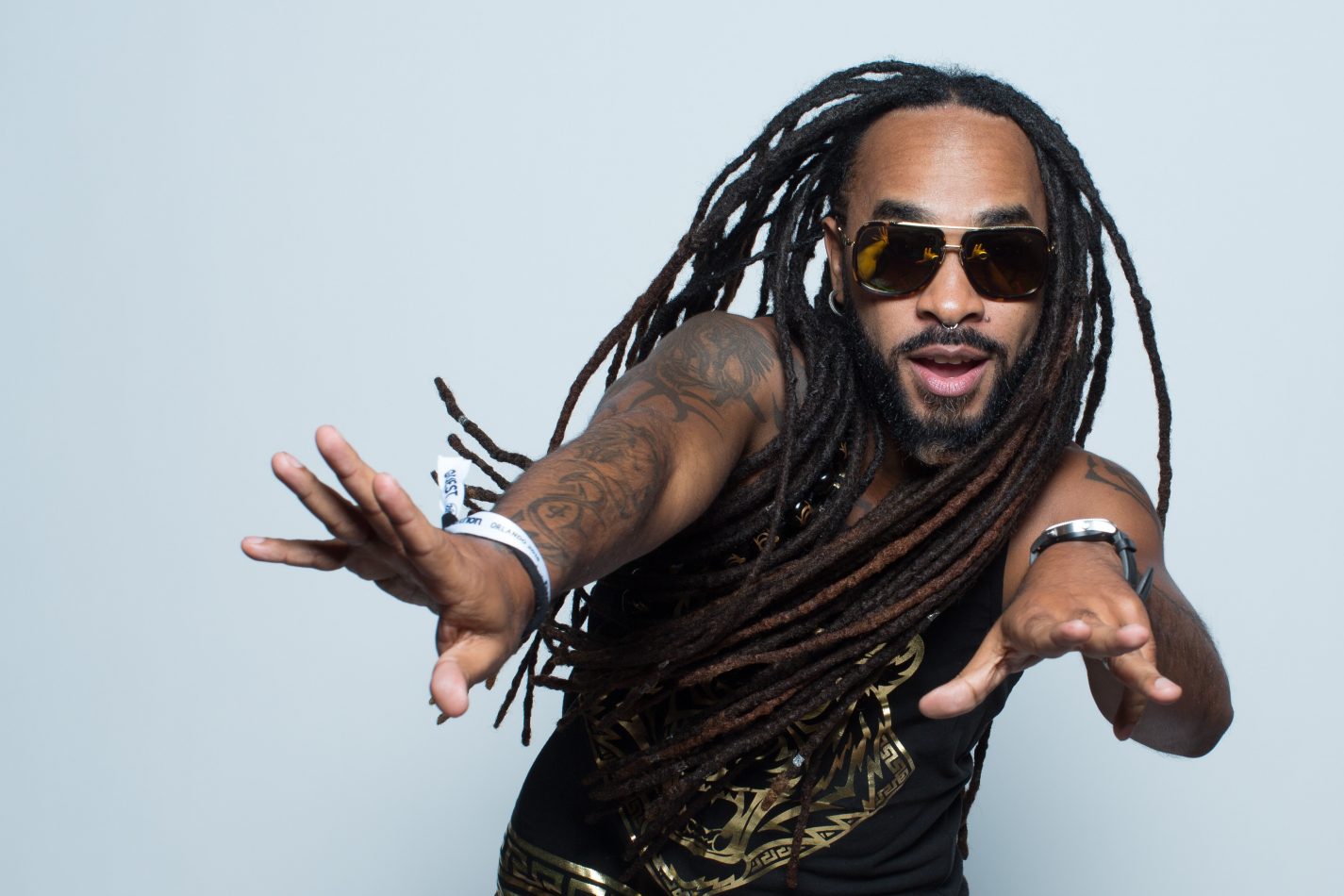 Reydi Kineli Russo, aka Watatah, is on a mission. The singer-dancer-composer wants “to make the world dance, to make the world happy through the power of music, to inspire people to live their lives to…

Reydi Kineli Russo, aka Watatah, is on a mission. The singer-dancer-composer wants “to make the world dance, to make the world happy through the power of music, to inspire people to live their lives to the fullest.”

To that end, he will bring The FitXperience, a fitness concert and dance extravaganza, to Silver Spring’s Black Box Theater on the afternoon of Saturday, Aug. 3. The Hyattsville-based native of the Dominican Republic will sing his original songs, accompanied by a troop of singers and dancers who will lead the audience in moving their bodies to world rhythms including merengue, bachata, soca, reggaeton, salsa, dancehall, cumbia, house and Afro pop.

Russo defines his nickname, Watatah, as “joy, energy and fire,” noting that “it started as a slogan in all my recordings. As I was working on my personal tracks, I was also working for a syndicated radio show in New York doing satire, jingles and parodies. The one thing that could be heard in both instances was the scream of “Watataaaah!”. Eventually, not knowing my name, people started calling me that, so I embraced it.”

Now 41, Russo, who has been writing songs since he was “very young,“ started performing in his early teens. Despite being “involved in many facets of urban music” through the years, he has “no formal training, no artistic family bloodline,” but “believes the moment I heard music, it became encrypted in my DNA.”

His Dominican culture – he grew up in the small town of Villa Altagracia, emigrating to the United States at age 18 — influences his art. “You can hear it in my songs, in my accent, when I dance; it’s a beautiful energy. My culture is very rich; our folklore is very vibrant. Our music is transcendent and global,” Russo said. “We are a small island, but very gifted people come out of our backyard.” His own music, he added, is inspired both by “the drum beats I heard growing up in the Dominican Republic” and “the words of Bob Marley.”

Russo, who has been doing fitness dance concerts since 2013, has a different plan for The FitXperience. For the first time, he will combine the music and dance with the motivational concepts he addresses in his “Life Of The Firit” [Firit is his word for Free Spirit] podcast. “Now, on top of having the time of your life dancing, I’m adding an element of inspiration to give a sense of revival,” he said.

Audience members can expect “the same full-throttle energy of all my concerts (as well as) new and exclusive kickass music. (It’s a) never-before-seen structure of a fitness concert that includes motivational speaking, dance fitness, live singers and dancers all on one stage,” Russo said.

Beltsville-based Zumba instructor Carol Andrea Ortiz will be among what Russo described as “more than 15 beautiful people on stage shining their lights in this world full of darkness.” The Bogota, Colombia native was on the dance team “throughout my whole school life and growing up,” she said. “We were dedicated and concentrated into the study of traditional Colombian and Latin American folklore as well as popular dances from different regions.”

Since becoming a Zumba instructor in 2006, Ortiz said, “my mission became bigger and very special.” Via workshops and research, she has been “studying different rhythms around the world.”

Those who attend the FitXperience, said Watatah, can expect “the same full-throttle energy of all my concerts.”
Courtesy of the artist

“Dancing to music from around the world is powerful because you are constantly promoting diversity and the power of tradition and culture. Dancing is a universal language, and even if you do not speak the language of the different songs, you get to move to the intention of the artist,” she observed.

When Watatah told Ortiz that the event would be “all about the celebration of life, I identiﬁed because that is and will be my mission every time we dance as a community. We are part of the same love movement. We want to invite everyone to be part of this community — with no exclusions.”

Also on stage will be Silver Spring’s Meghan Petrucci who has “always loved dancing. Even as a child, I’d love to plug headphones into the family stereo and dance around the living room.” After attending her first Zumba class about five years ago, she was “hooked” and became a licensed instructor a few years later.

A dance video she and her friend recorded of Watatah’s song “Palo” during a snowstorm last winter in Silver Spring, she said, “caught Watatah’s attention, and when he asked if I was willing to dance while he performed ‘Palo’ during the FitXperience, I was happy to oblige.”

“Working with Watatah is incomparable,” Petrucci said. “He brings an energy and fun that is contagious. His message of love, acceptance and community is something we can all rally behind. Regardless of where we come from, our age, shape and size, or style of dance, we are all one community.”

Emily Kirby, manager of Russo’s Firit Fitness company, said that Gaithersburg-based Zumba instructor Socrate “DJ Fuego” Pierre, who also will dance at FitXperience, has choreographed many of Watatah’s songs. “He’s humble and [may not have] mentioned it,” Kirby said. “They are a bit of a dream team — big hearts and extremely talented.”

Pierre grew up in Haiti where, he said, “dancing is a way of life.” He came to the United States in 2002, and eight years later, he “stumbled across Zumba … and fell in love with the format instantly.”

“My motto is to let the music drive me,” Pierre said. “My body translates the moves. Sometimes when I’m teaching, I get so lost in the music and dance that I forget the world. When I open my eyes and see the smiles on the students’ faces, it’s the best.”

Pierre and Watatah met at a master class about a decade ago. “He is like a brother to me,” said Pierre, who is opening his own Powerhouse Dance Studio this month. “The way we teach is so similar. The bond was meant to be.”

As for the FitXperience, Pierre said, “This show is unique. Through the FitXperience, we are building a community, we are spreading love, we are inspiring. We are bringing everybody together as one.” And just like the writing on the Haitian flag, he added, “Unity makes strength.”

Watatah has no doubts about the outcome. “Make no mistake, the audience will sweat, move, flex their minds, and leave my show feeling empowered,” he said. As for himself, “I feel joy when I see my audience singing, dancing and enjoying my songs.”

The FitXperience will take place from 2 to 3:30 p.m. Saturday, Aug. 3 at the Black Box Theater, 8641 Colesville Road, Silver Spring. Tickets are $20 online at Eventbrite.com (search FitXperience), $30 at the door. For information, email info@FiritFitness.com or visit www.firitfitness.com.