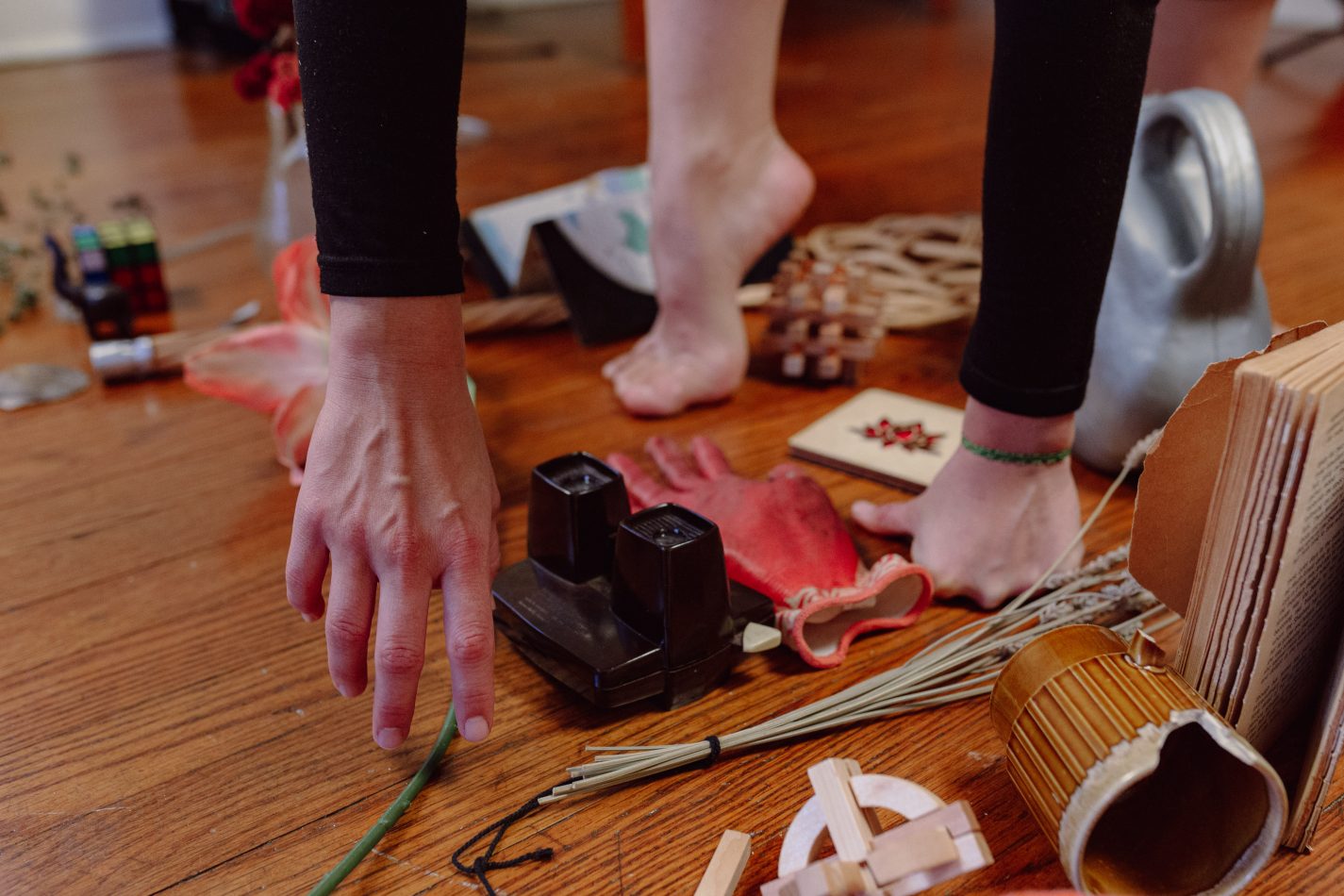 Juliana Pongutá Forero and Sam Horning have been making a dance, but for nearly six months, they haven’t rehearsed their duet in the same room. Horning is projects and residencies manager at Dance Exchange in…

Juliana Pongutá Forero and Sam Horning have been making a dance, but for nearly six months, they haven’t rehearsed their duet in the same room. Horning is projects and residencies manager at Dance Exchange in Takoma Park, while Pongutá Forero is the Takoma Park-based studio and company’s programs coordinator.

Horning lives in Chicago – and spoke to CultureSpotMC from across the dateline in Aukland, New Zealand, where he is working on another project, last week – while Colombian-born choreographer Pongutá Forero lives and works in the metropolitan Washington, D.C., area after moving here about four years ago.

This weekend, the pair will premiere their first collaborative work. “I Object” was selected for Dance Place’s Contemporary Viewpoints Festival, which aims to share work by four boundary-pushing modern dance from choreographers based in the Maryland, Virginia and Washington, D.C., region during a single evening of performance.

“I Object” began as an open-ended question — one so expansive, Horning has written, that it “almost holds no weight.” And Pongutá Forero’s writing on the project countered her partner: what “felt very exciting about objects was that they can be a frame for research that is so vast — from personal stories to history itself, from over-consumption to scarcity, garbage to treasure, abstraction to meaning, public spaces to personal spaces.” No longer is our catch phrase, “I think therefore I am.” In our consumption- and object-oriented worldview we are what we buy, hold on to and collect.

“I Object” began in earnest during the Dance Exchange Summer Institute with eight intergenerational dancers, reflecting the Dance Exchange ethos that dance is for everybody and everybody, no matter one’s age, physical capacity, ability or prior training. Dance Exchange, which was founded in 1976 by Liz Lerman and is now led by Cassie Meador, continues to break down barriers that divide professional dancers and a community of interested participants.

Horning came to Dance Exchange shortly after he graduated from Wayne State University. “I had an interest in dance as it relates to a current political moment; dance as it relates to how bodies are prioritized in space and time; and dance in the social justice context. Finding Dance Exchange, which was working in an intergenerational way and engaging community through issues that really matter today, was super attractive to me.” He has been with the organization going on five years now.

Those attending this weekend’s “I Object” will experience that commitment to participatory engagement first-hand. “We do have an element of audience participation,” Pongutá Forero said about “I Object.” “Those seeing the piece will get a chance to help us in a very simple way to build this scenario where we will be performing. It will also be a way for people to frame what they are going to see.” Of course, like all Dance Exchange programs that feature audience involvement, you can opt out – but why would you?

Building “I Object” took place virtually. “It has been such an interesting process,” Pongutá Forero acknowledged. “We gather using FaceTime or Zoom Meeting. We will each be in a space where we can move. We try different ideas, have conversations about what we deal with doing [something] like finessing or getting to a place to iron out [our] moving bodies in relation to the work.” Horning added about this long-distance process, “It asks you to be present in a way that is very different and to be more, I don’t know, maybe attentive on some level.”

Juliana Pongutá Forero in “I Object.’
Courtesy of Dance Exchange

As for objects or props, each dancer has brought in or discussed various objects in their physical and virtual rehearsals throughout the process. Some of those various ordinary items will make it to the stage this weekend; others have been set aside, but the memories, energies and stories they brought up in rehearsals still imbue the work with resonance. Pongutá Forero brought in a cactus at one point and a discarded picture frame she found on the street near her home at another. Those and other items and memories of objects all became fodder for the creative process and for re-thinking why and how objects, spaces and places interact and intersect and inform our lives in a variety of profound and simple ways.

Horning reflected on a wall clock from his childhood home, which his mother recently passed on to him. “It has this little metal key with little holes in it and I would wind it up …. I came to find out it was actually a gift from my dad’s parents for their wedding and I’ve actually never met my dad’s family because they had a big family fight before I was born. To have that clock up in my house feels like a tether, a connection to my lineage, though I’ve actually never met them. The other thing I love about the clock is that it requires a sense of care to keep it running. Every day when I wake up and use the key to turn the insides of it on, I appreciate that I have a stewardship of it,” he says with an emotional crack in his voice.