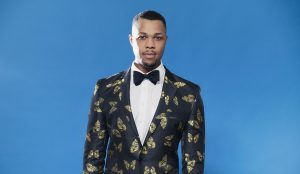 Davóne Tines, a “singer of immense power and fervor” (Los Angeles Times), is celebrated internationally as a “path-breaking artist at the intersection of many histories, cultures, and aesthetics” (Time Magazine).

Davóne Tines
Heralded as “[one] of the most powerful voices of our time” by the Los Angeles Times, the “immensely gifted American bass-baritone Davóne Tines has won acclaim, and advanced the field of classical music” (The New York Times) as a path-breaking artist whose work not only encompasses a diverse repertoire but also explores the

Davóne Tines
Heralded as “[one] of the most powerful voices of our time” by the Los Angeles Times, the “immensely gifted American bass-baritone Davóne Tines has won acclaim, and advanced the field of classical music” (The New York Times) as a path-breaking artist whose work not only encompasses a diverse repertoire but also explores the social issues of today. As a Black, gay, classically trained performer at the intersection of many histories, cultures, and aesthetics, he is engaged in work that blends opera, art song, contemporary classical music, spirituals, gospel, and songs of protest, as a means to tell a deeply personal story of perseverance that connects to all of humanity.

Mr. Tines was recently named Musical America’s 2022 Vocalist of the Year. He is artist-in-residence at Michigan Opera Theatre—an appointment that culminates in his performance in the title role of Anthony Davis’ X: The Life and Times of Malcolm X in the spring of 2022—and Philharmonia Baroque Orchestra & Chorale’s first-ever Creative Partner. His ongoing projects include Recital No. 1: MASS, a program exploring the Mass woven through Western European, African-American, and 21st-century traditions, with performances this season at the Ravinia Festival, in Washington, DC, and at the Barbican in London. He also performs Concerto No. 1: SERMON—a program he conceived for voice and orchestra that weaves arias by John Adams, Anthony Davis, Igee Dieudonné and Mr. Tines himself, with texts by James Baldwin, Langston Hughes, and Maya Angelou—with the Philadelphia Orchestra and BBC Symphony.

Mr. Tines is a member of American Modern Opera Company (AMOC) and co-creator of The Black Clown, a music theater experience commissioned and premiered by The American Repertory Theater and presented at Lincoln Center. He has premiered works by today’s leading composers, including John Adams, Terence Blanchard, and Matthew Aucoin, and his concert appearances include performances of works ranging from Beethoven’s Ninth with the San Francisco Symphony to Kaija Saariaho’s True Fire with the Orchestre national de France.

Davóne Tines is a winner of the 2020 Sphinx Medal of Excellence, recognizing extraordinary classical musicians of color, and the recipient of the 2018 Emerging Artists Award from Lincoln Center. He is a graduate of The Juilliard School and Harvard University, where he also serves as guest lecturer. His website is alsoanoperasinger.org.

“Tines is as mesmerizing as a singer can be.” —Los Angeles Times

Adam Nielsen
Pianist Adam Nielsen enjoys a diverse career as a soloist, collaborator, repetiteur, and coach.  His performances have been praised as “deftly and sensitively played” (The New York Times), “an emotional account of the score” (Musical America), and “tapping into the emotional core of his audience” (Times Picayune, New Orleans).

The 2022-23 season brings several exciting debuts on tour with recital partner, bass-baritone Davóne Tines, which will include the Chamber Music Society of Philadelphia, Carnegie Hall, Caramoor, Princeton’s McCarter Theater, Boston’s Celebrity Series, and Baltimore’s Shriver Hall Concert Series. Most recently, this exciting collaboration took Adam and Davóne to the stages of London’s Barbican, Chicago’s Ravinia, and The Kennedy Center, among other venues.  The recent season also included engagements with bass-baritone Ryan Speedo Green, mezzo-soprano Tamara Mumford, and baritone Steven LaBrie, all singers with whom he has cultivated treasured performing relationships throughout the span of his career. This spring, Nielsen made his debut as a member of The Metropolitan Opera Orchestra.

Nielsen joined the music staff of The Metropolitan Opera in 2018, and now serves as repetiteur and assistant conductor. He was previously on the music staff at Opera Theater of St. Louis. He has collaborated as a guest artist with Harvard’s American Repertory Theater, Aspen Opera Theater, Virginia Opera, Brooklyn Academy of Music, The Richard Tucker Foundation, The Dallas Opera, Teatro Nuovo, and Lyric Opera of Chicago.

Nielsen also enjoys a career as a recording artist for film and television. His playing can be heard in The Upside (STX/Lantern Entertainment), The Chaperone (PBS), The French Dispatch (Wes Anderson), “The Staircase” (Netflix), “Marvelous Miss Maisel” (Amazon Prime), The Unforgiveable (Netflix), and a new Martin Scorsese film, still untitled.

Nielsen earned each of his degrees in Piano Performance, including a B.M. from Utah State University, M.M. from The Juilliard School, and a D.M.A from Stony Brook University.  Born in Arco, ID, he was raised primarily in Salt Lake City, UT, and has called New York City home since 2005. 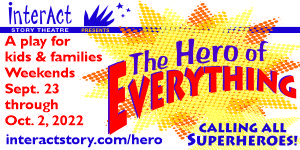 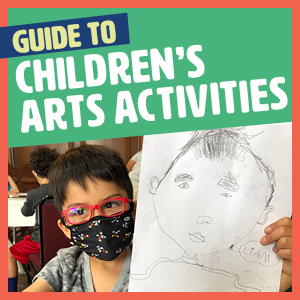